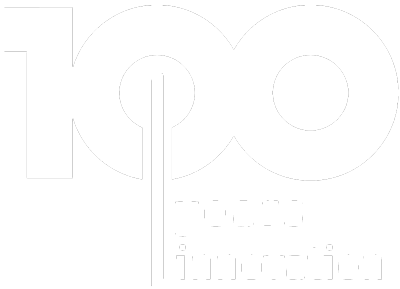 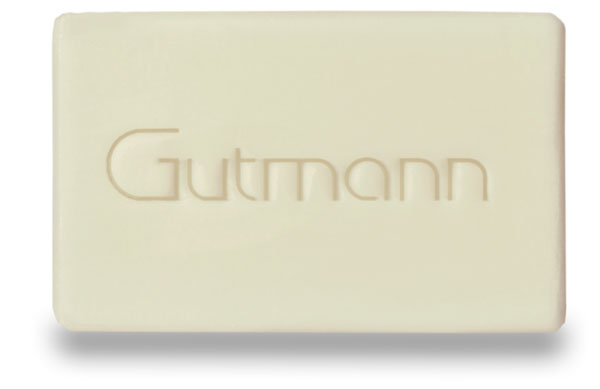 The Gutmann soap for the anniversary. A small homage to our early days.

From the very beginning, we have devoted our energy to cleaning. In the early years also with the production of soaps.

Today, we are proud to be one of Europe‘s leading companies in the development and production of a wide variety of cleaning tools for mechanical surface cleaning. 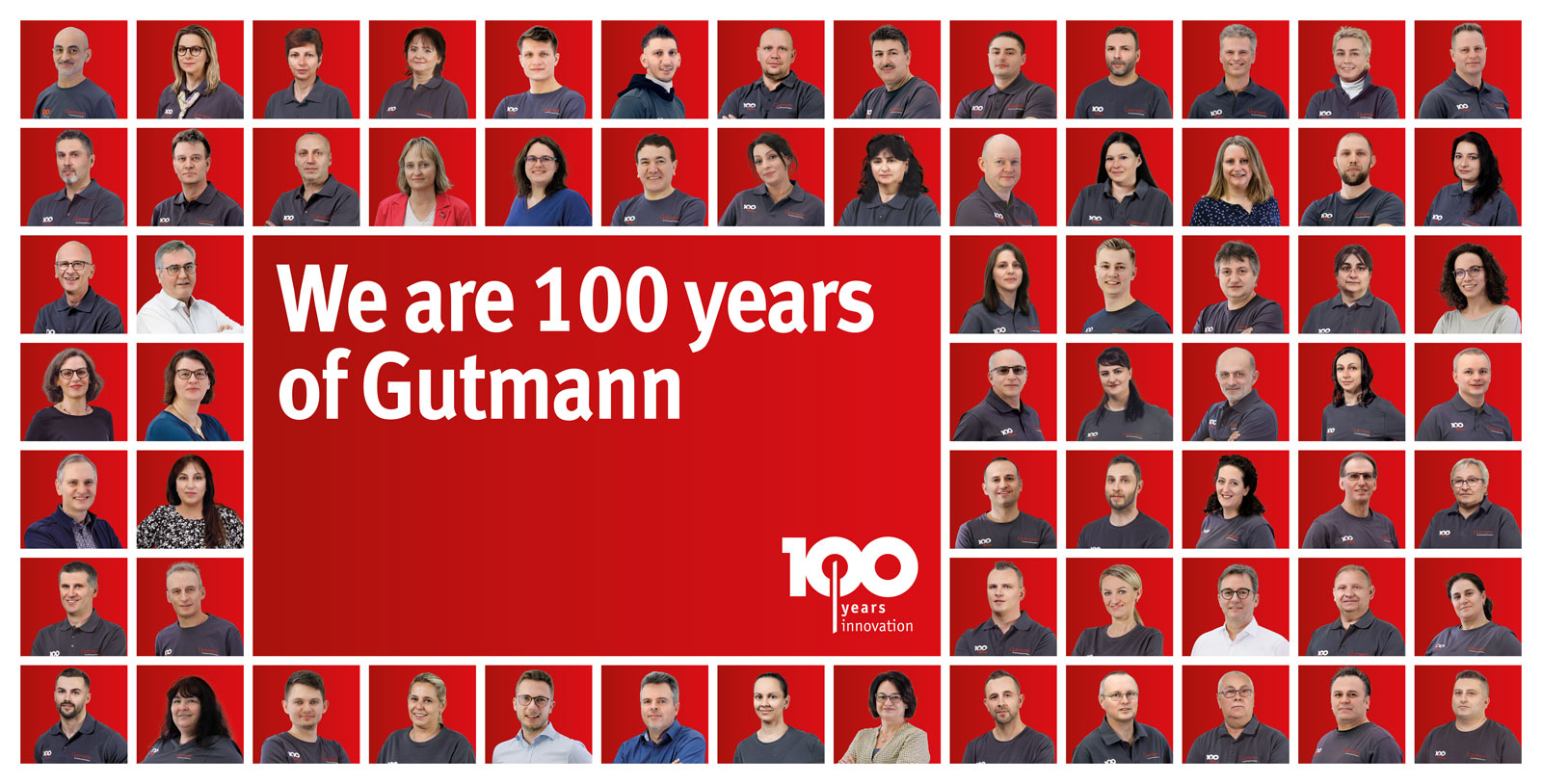 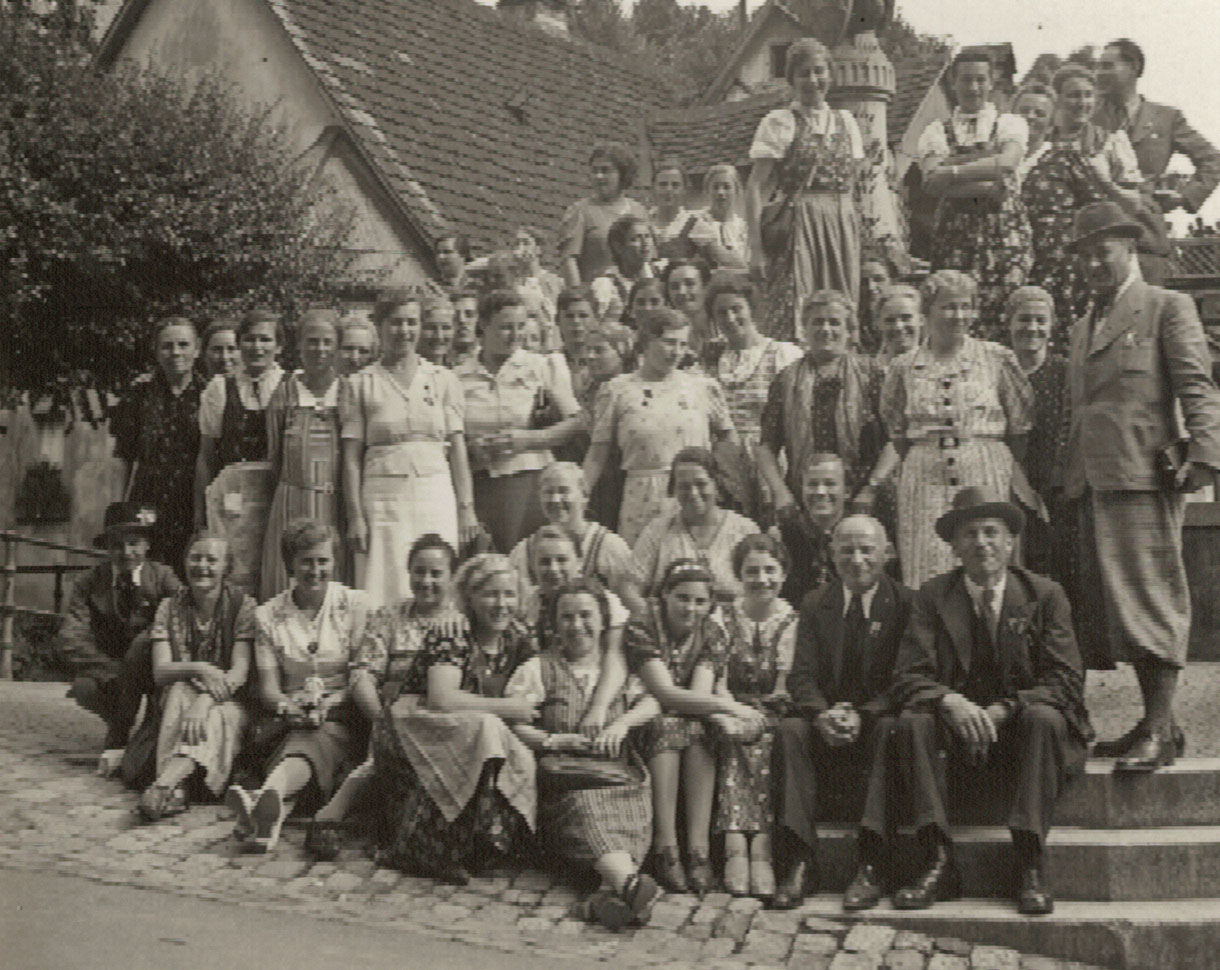 Eugen Gutmann showed courage. He founded his company at a time of great social unrest and during hyperinflation.

With the Süddeutsche Poliermaschinenfabrik in Stuttgart-Zuffenhausen, he laid the foundation for our company today. 1922   Drawing from the early years. The first company building in Stuttgart-Zuffenhausen. 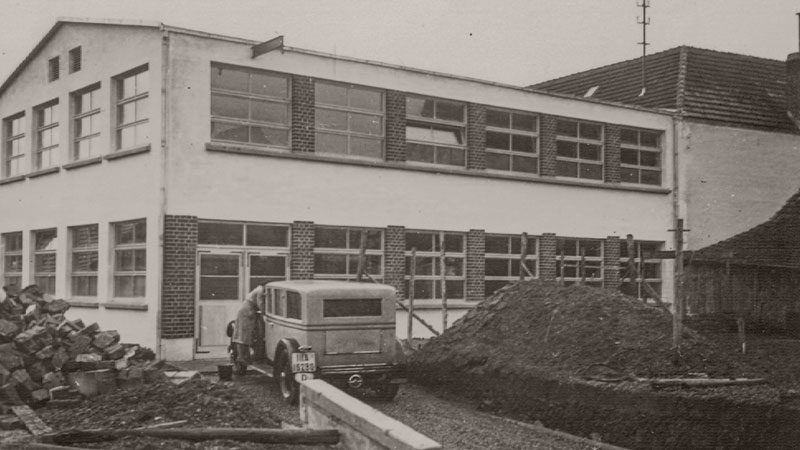 1936   The letterhead already includes the term „Bürsten“ in the company name. 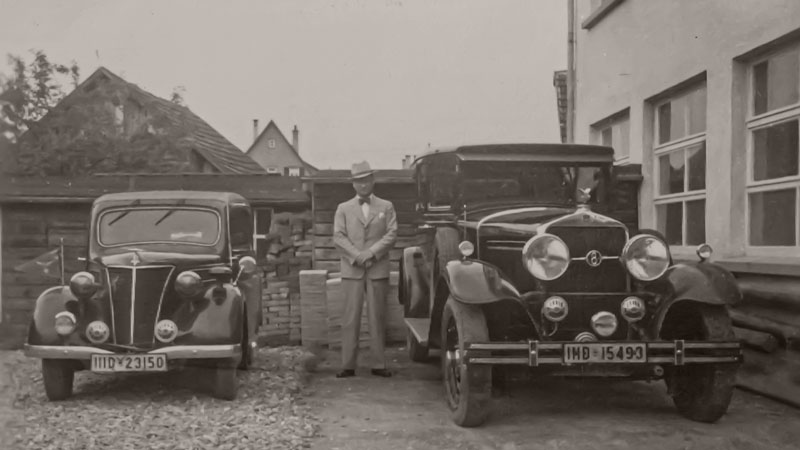 1939   Eugen Gutmann amidst of his small vehicle fleet. 1942   Group photo on the occasion of the company‘s 20th anniversary. 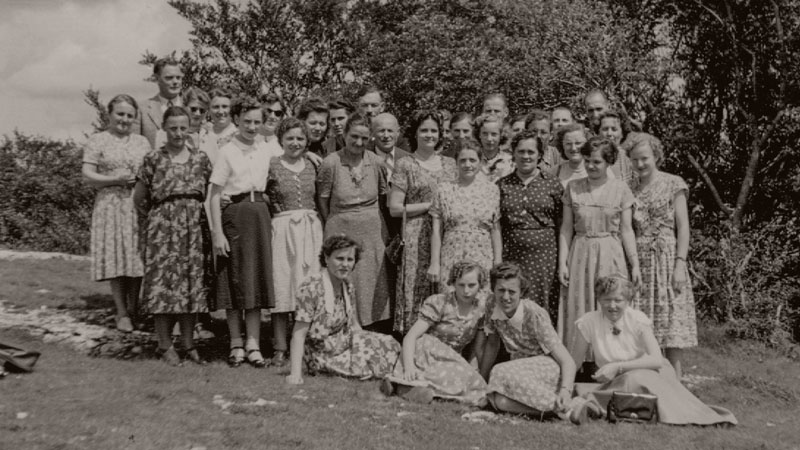 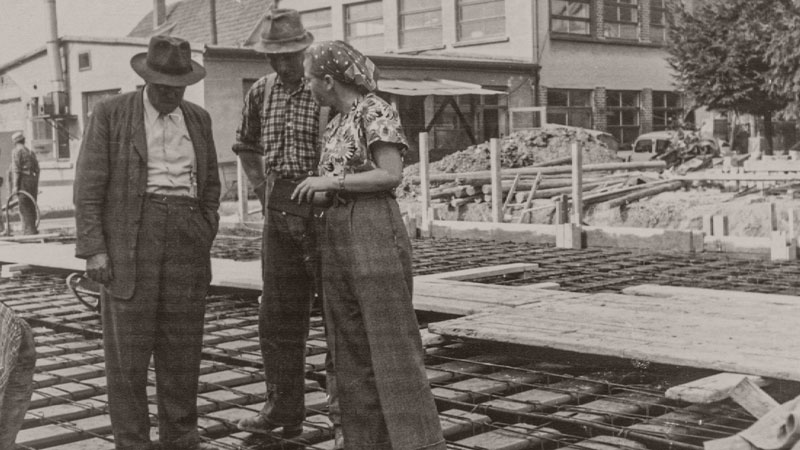 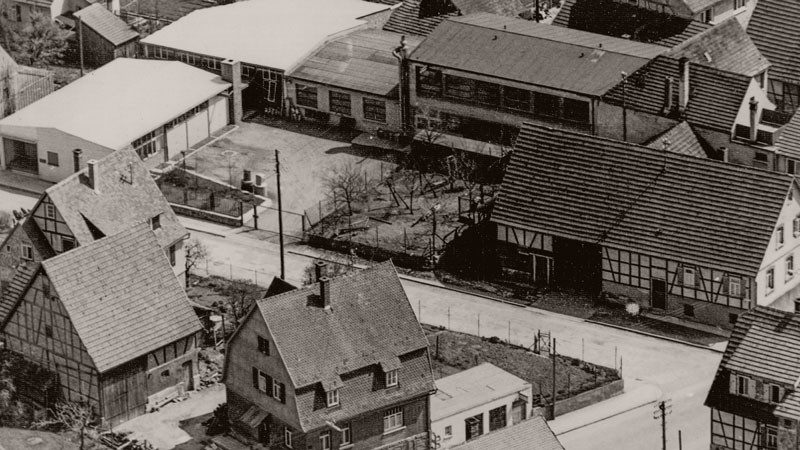 1969   New building in the Leonberg district of Ramtel.

The topping-out speech: „In accordance with the custom and practice of the trade, I throw the glass in the middle there, and as the glass shatters into a thousand splinters, so may the building be protected from storm and tempest.“ 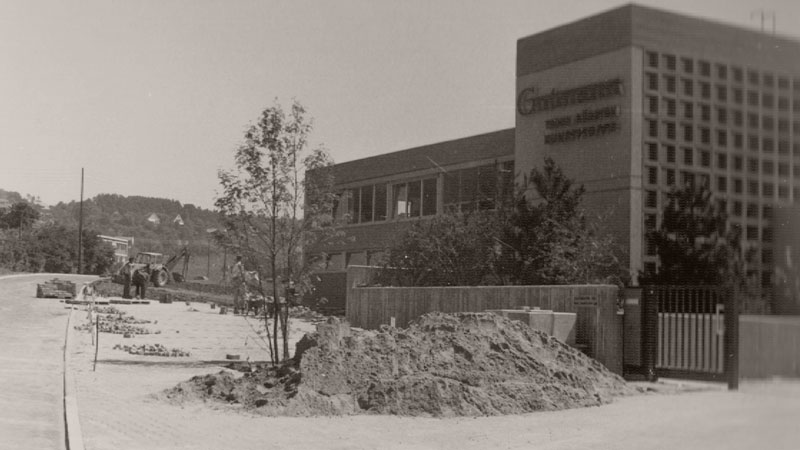 1969   Almost finished. Parking lots are built and horticultural work is carried out.

1971   Almost finished. Parking lots are built and horticultural work is carried out.

1981   Start of production and sales of stenter brushes. 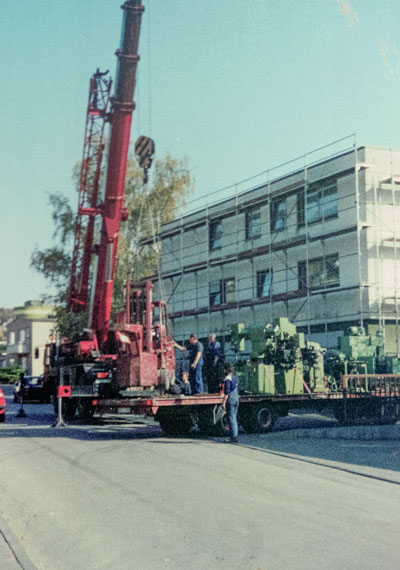 1990   Gutmann is growing again. Plant 2 in Ulmer Strasse is being moved into. 1998   Relocation of the plastic injection moulding department to a newly built hall. The 1920s
The Golden Twenties

The term „Golden Twenties“ has become almost a myth of this period. Although in truth the beginning and end of this decade were marked by famine and unemployment. On the other hand, there was a rather short window of time from 1924 to 1928 that does justice to this designation.

For the Weimar Republic, the first years from 1919 to 1923 were years of crisis. The „new“ republic had to struggle with the immediate consequences of the First World War. Moreover, a wide variety of political parties were vying for political influence. For example, Foreign Minister Walther Rathenau was assassinated on the open street on June 24, 1922. Political reactions to the assassination were not lacking. When the news of the death became known in the Reichstag, violent tumults broke out there.

Before the „Golden Twenties“ really got going, inflation was in full swing in Germany. In the fall of 1923, there was chaos and looting in parts of the republic. The reason: many farmers and companies no longer wanted to hand over their goods in exchange for the trillion bills. It was not until the currency changeover in November 1923 that inflation could be stopped. From now on, the Rentenmark (later Reichsmark) is the currency that brings about a prosperous economy and thus the „Golden Twenties“.

However, the upswing is financed by borrowing money internationally. The Republic lends around 21 billion marks - mainly from the USA - until 1929.

The actual phase of this period, however, was shorter than its name would suggest. The real heyday was actually only in the years 1924 to 1928. However, people were doing so well compared to the previous crisis years that the second half of the 1920s felt downright „golden“ to them.

With prosperity, however, the rural exodus begins. People seek work in the cities, hoping for a better life. The result is an acute housing shortage. In the meantime, almost a third of the population lives in the cities of the Weimar Republic. Attempts were made to cope with the situation by building new, modern residential quarters. To this day, these quarters, such as in Leipzig, characterize our cityscapes today.

In the big cities, nightlife is boisterous and permissive. Charleston conquers the ball- rooms and the short bob is highly fashionable among women. In public, women take the liberty of smoking cigarettes.

And in the twenties, women conquer the bosses‘ anterooms. Their new world of work becomes the typewriter.

But as suddenly as it began, this golden age is over. The global economic crisis plunged the Weimar Republic into another serious crisis. As before, social conflicts once again come to the fore. Political radicalization culminates in the rise of National Socialism. The lively „Roaring Twenties“ are followed by the cruelest years in Europe.

In many areas of cleaning technology, with our innovations we are pioneers in the industry.

Commissioning of the fastest automatic brush machine at the time.

Development and market launch of the first laser-welded pad holder.

Development and market launch of a patented modular system for cleaning tools.

Development and market launch of a water- and chemical-saving cleaning tool.

Development and market launch of a hybrid system for the use of different and easily exchangeable drive faces on eccentric and orbital machines.

How will we clean tomorrow?

Will there be new technical possibilities?

We are there - come with us.

Our experience of 100 years is the basis for future innovations. With this expertise, we are successfully working on the issues of the future:

Use of sustainable materials and manufacturing methods.

Use of recycled material / recycled plastic granulate in plastic bodies.

Realizing new applications with digitalization and sensor technology in the cleaning tool.

Suitable cleaning tools for use in robotics.